The worst cover ever for a good album? The Death of "Hipster" as a pejorative? Is It Ok to Giggle at a Cock Trap? And other questions...

The worst cover ever for a good album? The Death of "Hipster" as a pejorative? Is It Ok to Giggle at a Cock Trap? And other questions...

Sarah flies out in the morning and so I am, again, alone for a week. Just me and the cat. Watching horror movies and other random foreign oddities. Not that horror movies are foreign oddities, but I do have some horror movies that are foreign oddities. Those will get watched. Just jamming out to various random songs online right now. Thinking about reading, not sure what. Thinking about maybe renting and watching , the new indie horror about the guy and gal trying to escape Mexico after an alien invasion (hmmm, I wonder if that pun was intended?) Figured I would toss out my three big questions of the night, or well...tinny little questions of the night. In no particular order:

Question #1: Is Familjen's cover for the worst cover ever for a good album? Seriously? 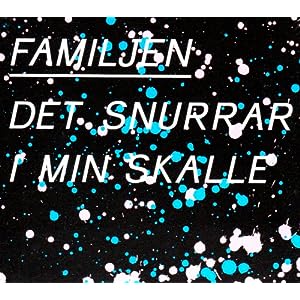 At least the eponymous song is catchy. LGT: Youtube video that I highly recommend.

Question #2: Is it only my lack of maturity that makes me laugh so hard at this product image and name?

Or is it reviews that, no matter how earnest, including bits like "I also tried it with and without the wobbler...While I prefer the convenience of all the extra angles available it's somewhat more difficult to cock the trap arm each time because the unit is trying to move as you pull...So if you are forced to use someone who is not that strong to cock each time it might be more prudent to leave on the original unit which remains totally stationary upon cocking... " and "At first glance this cock trap (CT) looks utilitarian and not very forgiving. I guess, don't judge a book by its cover, or, more accurately, don't judge a CT by its cover. Other than the squeaking, this cock trap is bar-none the best cock trap on the market today". Heh, somewhere, some professional skeet-shooter is hating me right now.

Question #3: Is the word "Hipster" already dying as a proper pejorative?

I remember, a few years back, when "emo" became the default way of saying "white teenagers I want to complain about". This was not to say there weren't seriously over emo-fied teens with faux-goth make-up and broken heart t-shirts that spent all day moping about their tragic love life, but every teen that was down or complaining about something got the "emo" moniker. Now, only about two years later, the same thing is happening again. Everything that is just a little alt and suburban (which is often "white" in depiction, but not necessarily) youth is getting labeled "hipster". Trust me, people, the annoying sort of hipsters are something you know, right off, without having to guess "Is that a Hipster?" Hell, the non-annoying sorts of hipsters are the same. You know when you see them. It's like kidney stones or appendicitis. You don't sit around and wonder is there really a pain in your side. So, when a video about various youths running around with a kite during a picnic gets derided by a fair number of commentators as being "hipster picnic", I can't help but note that has this video been made two or three years ago, they probably would have called it "emo" picnic. Just because it is slightly alt youth chilling out. What's the lesson of the day? Keep your pejoratives fresh. Well, except the Amish-geek at the beginning. Total hipster.

And that will just about wrap it up, except for one bonus question: Question 4: Can anyone make sense of IUPUI's University Library's fine system? Here's the breakdown. Have fun with it.