[For those wanting to get to the meat of this thought game, but care little of the details, skip past the next three paragraphs (and single picture) and look to the fourth, and more specifically the words in bold.]

When I was going to sleep last night, round about 3AM, I had a thought. 1994 or so, I was in High School, senior year. Took part in this program where I would go out with some other students in the middle of the day to tutor some kids in the third or fourth grade or so. There was another student taking part, but I cannot quite remember her name—Angie comes to mind, but that is only a guess. For some reason, in that way that such things happen, her and I started casually flirting. Over the span of only a week or two, she was starting to get familiar, but these moments only seemed to happen on the trip to and from the Elementary School we were helping to tutor. At our own school, they ceased. It came to a head, one day, when another tutor asked us, "Are you two a thing?" and she said "yes" while I just smiled and looked unsure. And here was the clincher point. He turned around, apparently satisfied, and she put her head on my shoulder...

except this is High School, where every little embarrassment is felt deeply and your body is doing an entire list of things to embarrass you. On that day, I was going through some weird body-odor thing. Now, you are a seventeen year old boy who may or may not be hosting god-awful body odor and you have no chance to check. You need to put your arm around a girl that is flirting with you and currently has her head on your shoulder. What do you do? Risk it? Hope that she doesn't care? Or, sit stiff armed and nervous until she sits upright a minute or two later and that's that? I went for the last one. I was just too mortified to do anything else (on top of it all, I am generally quite...weird...around girls, or at least can be). And that was that. Our silly little flirtations were over. She took it as a rejection of sorts and, due to the reasons involved, I could not correct her. The potential budding of a relationship—as well as a potential dud, I knew little about her and what I did know did not really inspire a long stretch of confidence that we were actually compatible—quashed by a five-second decision. 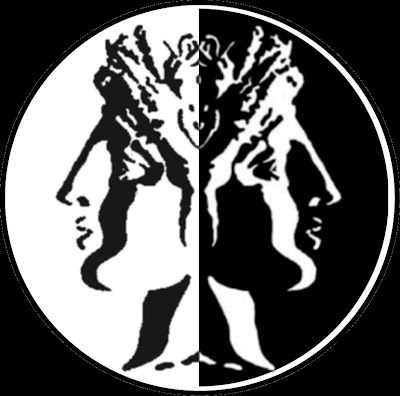 Which made me think about the next step. About three months later, my two choices for college did not work out. I spent a year around town and moreso in the swamps, not doing a whole lot. Next year, got into Jefferson Davis Community College—partially because spending a year with little actual contact with the outside world is not exactly conducive to exposing yourself to opportunities too broad in scope. There, met some good friends, learned some neat skills, and got back in the habit of being educated and social. Left from there and came to UAHuntsville. First year went really well. Second year went less so. Third year was a basic disaster. Took a chunk of the fourth year off. Came back the last semester (summer) of that year and then did well enough my fifth and partial sixth year to bring my GPA up from disaster levels to honors levels. Made some dumb choices all along the way. Could definitely have spent less time in school had I corrected myself at any of a dozen moments. Still, though, let's big loop all the way back to that senior year in public school. What if I had developed a relationship? Not necessarily with her, but with someone? Would I have stayed in Evergreen indefinitely? Would I have aimed for a South Alabama school instead of a North Alabama one? Would I have been more motivated to try harder? Other things?

This is all set up to the real question that I want to ask here. What if you had two machines, and each one could only be used once and you could only use one of them? The first machine enables you to go back to a point in your past and make a different life decision. The second enables you to go back and see what your life would have been like, for better or worse. The rub being is that if you choose the former machine, you will be a different person (so to speak) and all that you have done since that moment will be possibly different. With the latter machine, you will know what could have been but no longer able to choose that path for yourself. The wrinkle being, amongst other things, that the you thrust back into the past is no more aware of the original timeline as you are currently aware of the new timeline. If you go back to fix a relationship, you do it blind. You get only one "correction". And if you choose the knowledge of the second timeline, then you have no way of bringing it into reality. Sure, if you choose a point not that far back, then you probably have enough data to effect some level of change, but for the sake of argument let's assume you are not going to waste this on seeing if you should have taken the other job three months back but instead, find out if you should have risked putting your teenage stink arm around a girl that was wanting you to just put your arm around her 16-years into the past.

Which would you prefer? The knowledge of what could have been, or a second chance?

I definitely fall into the knowledge category. For all the stupid things I have done in said, for all the debt I have gotten into (pecuniary and otherwise), and for all the wasted time...I have a great wife, a good job, excellent education and career prospects, and a life I rather adore. I would not give that up to find out what else would be around, but it might be nice to just know who else I could have been. I wouldn't pick that moment on the bus, anyhow. I would pick, instead, something that happened a few months later. Remember when I said my two college choices fell through? Well, I was offered a full-paid scholarship to Troy State University and I almost took it, except I got to campus and started moving in and suddenly felt...weird. It wasn't me. Everything I learned that day was making me panic more and more. Part of it was just a swamp-raised solitary kid who spent every afternoon walking in the woods for an hour or more being faced with a place with sidewalks and rowdy roommates. Part of it was, I don't know. Destiny? But now I find myself curious. What if I had stayed? Become a physics major down there? Who would I be, now? Sometimes, only two or three times, I will meet an alumnus from TSU and we will click, immediately. Are these friends from another life-line? Or would I have never met them if I had actually gone to Troy? No clue. 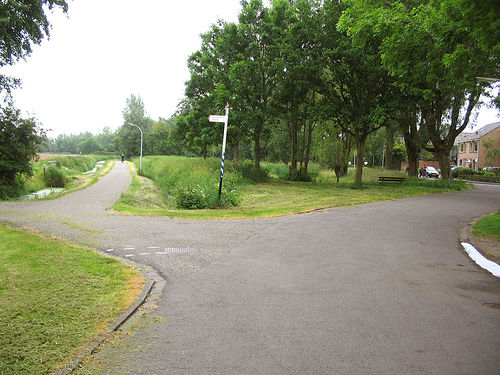 Which brings me to a debate I had a professor my senior year, and final semester at UAHuntsville. I wrote a paper about fate, in which I declared the only stance to take on fate is agnosticism. If fate exists, the only way you can know it is if you are fated to know it. If not, then whether or not you "know" of it is meaningless. Therefore, there is no reason to worry about fate. The professor was really confused about what I was saying, and made some rude-ish comments on my paper. I talked to him, and it turned out that what I was describing might be called digital fate: fate-by-all-numbers, where everything from the breaths you take and the twitches of your fingers are pre-ordained, all the way up to the shape of the Universe as a whole. He thought of fate in terms of analog fate: fate-by-some-events, where there are key moments in your life that you are destined to do something, but the little moments are your own domain. I consider analog fate to be generally a fairy-tale, and I am agnostic towards digital fate, but if you think about it, my hypothetical machines would have a completely different mechanic depending on which one you are stuck with. Digital fate would mean that going back in time would utterly eradicate the previous time-line, assuming that any change could even be affected. Analog fate might mean that you end up with the same basic life as before, but with a different set of circumstances in between.

How about it? What do I think would have changed, if I had put my arm around her? Absolutely nothing. Call it kismet if you want, but I'm pretty sure that stinky armpits would have done the same as no armpits. That odd moment was meant to be just what it was. An odd moment. A vignette into a seemingly missed opportunity that was never an opportunity at all.

OTHER BLOTS THIS MONTH: March 2011