The Many Errors of Barnes and Noble's Complete Lovecraft

IMPORTANT NOTE! I have posted and update to this: A long overdue correction/answer/clarification: Barnes and Noble's Complete Lovecraft Errata Fix. Essentially, the version pictured below on the right is now the correct and good-to-buy version. I cannot attest that that edition has been good to go from the beginning, but as of the end of 2011 the version on the shelf that I got was thumbs-up worthy. That is all.

Summary: Barnes and Noble has two nice editions out of a complete Lovecraft, but they are apparently haunted by dozens and dozens and dozens of errors. Literally hundreds, if not thousands. See the errata below. AND SEE THE CORRECTION ABOVE!

The Many Errors of Barnes and Noble's Complete Lovecraft

I had noticed the Library of Essential Writers: H.P. Lovecraft The Fiction back in the stores when Barnes & Noble was promoting the series. I did not pick it up, because I have the Arkham House set, but I thought it made a nice, sizable volume. Recently, B&N have released a follow-up set to the "Essential Writer's" one, except this time they are focusing less on public domain writers and more on bankable ones—Douglas Adams and Michael Crichton are added to the list, for instance—and setting up Leather-bound editions. These are some really nice titles in the list, by the way. Lovecraft gets one of these, too, with a sightly tweaked name: H.P. Lovecraft: The Complete Fiction. This time Joshi is cited, but I'm not sure if Joshi was cited the first time or not. 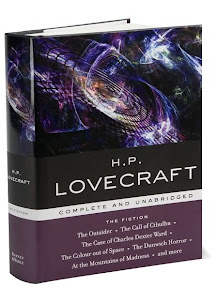 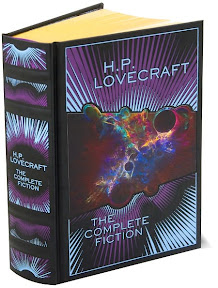 However, while watching a video on the new Leather-bound Lovecraft on Wilum H. Pugmire's YouTube channel, I found out that the first edition had an extensive list of errata. Extensive. In the video, Pugmire mentions "hundreds" and I thought he was exaggerating. I dug around, and found Martin Anderson's complete errata list linked over on HPLovecraft.com. There are seventeen pages worth of fairly fine print errata, and it looks like every single story is effected. 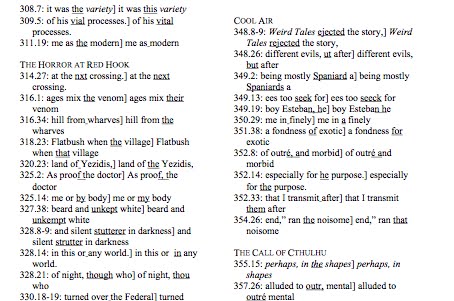 Most of them are fairly innocuous. Missing spaces here or there, some odd punctuation choices like misapplied dashes. Some are actually pretty bad. You get a laughable couple like "stutterer in the darkness" and the fact that "Cool Air" was "ejected" from . Others, though, change the flavor of the sentence enough that you might miss some key points. Just using the sample I screenshotted above, "though who" versus "thou who" will make the rest of the sentence a bit different. In this case, it just makes the sentence seem weird:

O friend and companion of night, though who rejoicest in the baying of dogs and spilt blood, who wanderest in the midst of shades among the tombs...

[From "The Horror at Red Hook"]

Looking at the info-text on Pugmire's video linked above, sounds like the corrections were not applied to the second edition. Next time and I am B&N's way, I will flip through and see what I can find. I know some friends have the original version, and so I thought I would point it out. Now, of course, I am nervous about the other Essential Writer's volumes I have. Oh well, c'est la publishing industry.

OTHER BLOTS THIS MONTH: March 2011