I just got finished watching this, and the THIS there links to a trailer, but if you would prefer to see something more textual you can click on that. I liked it. I didn't think I would, especially when, early on, I picked up a certain vibe (and lo + behold if it isn't by the same director) and while I hated , which is more to say that I really didn't like it all that much and most of my memories of it are of scenes that didn't work as opposed to the couple of scenes I really felt did work, but I did like the THIS and THAT above. Which are the same. Yep. 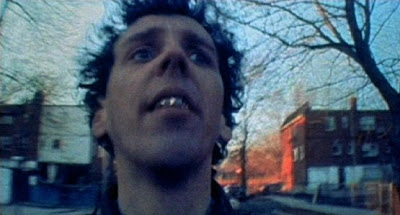 It is perhaps the most honest movie-portrayal of schizophrenia that I have ever seen, and that alone gets it a nod from me, even before you factor in scenes that were shot well both despite and due to the cheapness of the medium {see: church singing scene and ice skating scene for two quick and perhaps easy shout-outs}. A movie dedicated to the director's own uncle, whom the star talked to in order to get a better grasp. A difficult disease that, like autism, is often movie-portrayed as akin to latent heroism. Magical powers even. While there is a bit magical in the way that a violent, disturbed man attempts to make sense of a screwed up life and to share love and happiness in others, you get the feeling that things are fucked up.

I recommend, but go in prepared. It is disturbing and most of the times when/if you laugh it is because you understand how, and even a little bit of why, it is disturbed.

Props to all involved, from Herzog's portrayal of perhaps the single most screwed up person in the flick to Bremner's nuanced and sympathetic performace of a broken character, to Sevigny's transformation of the mothering archetype to something both sweet and unhealthy, to Neumann's seemingly normal younger brother character who is probably just as screwed up, to Kobylak's handling of an external focus for the family, and a lovely one at that. Don't know if I will watch it again any time soon, but glad I did. Also, "I'm a black albino from Alabama" is a catchy song...

Also's also: if you have "Watch Werner Herzog spray down a shirtless teenage boy with a cold water hose" entry in your bucketlist, this might be the quickest way to cross it off. 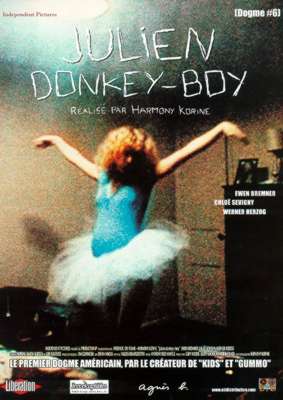