Moon Landing Deniers, being confused by their passion

Summary: Of all the conspiracy theories, one of the most continuously volatile is the moon landing hoax one. I have to admit, a big part of me does not understand why.

Moon Landing Deniers, being confused by their passion

I believe in the moon landing. Landings. Plural. I know people, actual and intelligent people, who do not. It is kind of fuzzy as to whether they merely disbelieve Apollo 11 or the others as well. They talk about things they saw in original broadcasts (most of them are older people) that are unexplained: glimpses of hands or boom shadows or studio lightings. Things that would never have showed up in later repeats. I don't believe them. I think that when, in the late 70s, it became slightly vogue to doubt the moon landings, they adjusted their memories to suit, but that's just me.

I think part of the reason I am confused by the passionate outcry that people continue to have towards denying the moon landing is that it really doesn't fit any of the big three reasons for a conpsiracy theory:

In other words, all of these things are actually positives. The theorists become unique heroes, seekers, people who would have been more if they had only been given their proper chance. And, to various degrees, these things are true. There is more to reality than we currently know [whether or not someone is keeping the truth from us is a whole other matter], there are rules in place that keep certain socioeconomic groups artifically down [look at drug laws that let movie stars and politicians go free or only to rehab but put young blacks in prison for years], and organizations in the sense of the current government may not be actively out to harm us but I guarantee you that somewhere that is at least one group of people who would be ok with your death in order to make a point. Etc.1

However, and this is a big HOWEVER, where the hell does the moon hoax fit into this? IF you hold it was all fake and IF this fakeness was used to justify...what...increased military spending? To launder money? I mean, there are space probes and such regularly used by theorists to spot weird shapes in the distance. They seem to be ok with the fact that we spend money on the space program and that we use this money to send things outside of the atmosphere.

Most theories are in the affirmative: "The government did knock down the towers", "The government is manipulating you through your drinking water", or "The government is keeping aliens in some secret base". They are not about what you didn't do. Lying government? Propaganda? Of course these things happen, so they seem weak as a justification for maintaining the theory. Where's the "People were rounded up into camps because of it" or "It hid activity here or there"? If anything, I would have thought it more likely that people would suggest there were other missions that were never talked about, that things were found, that the moon mission was a ruse to plant lasers in orbit, something. I guess there are people who still do not trust, nor want to like, the Vietnam era government, who want reason to take away the concept of official heroes at the time, to separate America from a program backed in part by Americanized ex-Nazis, and lying about Apollo 11 is a big way to cast a giant wedge in all the pretty theories and ideas.

Ah well. It is 2012 and it will be a bumper year for conspiracy theories. Then, well, I guess it will fade for a time. And that's kind of sad. I like the buggers, some of them. The "normal" ones—the Truthers and the Birthers, etc—are pretty banal, but give me some ancient astronauts and the truth of Mu and you'll put a smile on my face any day.

Sort of a PS, but part of the reason I was thinking about this was because of a recent rash of Stanley Kubrick faked the moon landings stories. Enjoy that. And well, you know, trust no one. 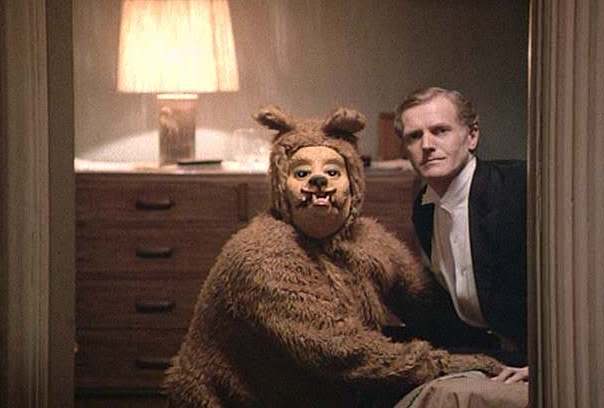 1: It must be noted that there is a huge difference between the idea that a person or small handful of persons might hide data from someone, might manipulate the truth, and an institutional, multi-generational attempt to do the same. Since information is as insecure as the square of the people who know it—since those people know people, and the group has to communicate with each other, and there are weak links and book deals and such—really the only way that a hundred or thousand person conspiracy could be maintained is through a significant number of people tied into the conspiracy believing it, or through a threat that is substantial. Most conspiracies are relatively small fry: weapons deals or shady handlings of waste products. And, as often as not, those tiny ones are already wide-enough open that they get caught or everyone knows what is really going on, anyhow. If a dozen people cannot keep a secret, how can hundreds of people and their successors and children truly be expected to carry it off?

Apollo 13's mission was to steal our life force bunnies!