Juxtaposition Theater #2: Chinatown versus Halloween III: Season of the Witch

Summary: What does Roman Polanski's famously downbeat neo-noir film have with infamously floppy Halloween III: Season of the Witch? Surprisingly tons if you squint your eyes and ignore piddling details like quality of dialogue.

Juxtaposition Theater #2: Chinatown versus Halloween III: Season of the Witch

It has been two and a half years since I have done my last Juxtaposition Theater, a crazy idea where I take two movies from different genres, different directories, different budgets, and even different time periods and countries, and find out what they do have in common. It is no-holds-barred, I am allowed to magnify little details out of portion, use smart-assery to blur dividing lines, and to use crowbars to shove elements around, but the crazy thing is I do not have to use any of these things. Even the schlockiest movie tends to have some deep elements sneaking in on the back of a script, while the greatest tends to have some schlock thrown in for fun or because two-hours of continual greatness is hard to achieve no matter who you are.

Without further ado, let's find out just how much in common Roman Polanski's has with Tommy Lee Wallace's :

[Note: Mild-at-least spoilers are in the discussion of the films, I don't think any that spoil anything that you couldn't have guessed as going to happen, and I avoid specifics, but there you go.] 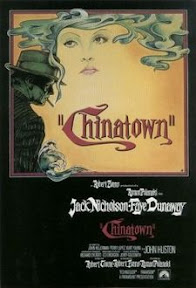 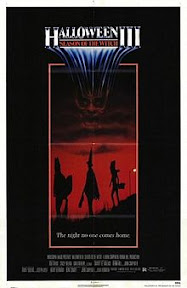 What are they about, then?

is a neo-noir film [throwing back to older crime movie and ignoring some of the more boisterous ones from the 60s and early 70s] staring Jack Nicholson as dunderheaded but generally nice though tough PI Jake Gittes [simple first name, consonant ridden last name]. After brushing up against the outside of a case due to what could be bad luck, he is brought in deeper by a woman with a complicated relationship with her father—Faye Dunaway's Evelyn Mulwray—to investigate the death of her husband. His investigation uncovers an even deeper threat than he realized, corporate evils bordering on a more primal and ancient sort. He does not know whom to trust, though he continues to rely on the woman that brought him in, eventually having sex with her before being unable to save her from her fate and, by extension, before finding himself unable to right the greater wrongs in the world.

is a throw back horror film [erasing a bit of the "New Horror" elements that had started to crop up in the genre, notably in the two previous movies from the franchise itself] that features Tom Atkins as dunderheaded by generally nice though tough Dr. Dan Challis [simple first name, consonant ridden last name]. After having a strange patient fall into his lap, followed by a death, he is brought in deeper by a woman—Stacie Nelkin's Ellie Grimbridge—investigating the death of her father. His investigation uncovers an even deeper threat than he realized, primal and ancient evils bordering on a more corporate sort. He does not know whom to trust, though he continues to rely on the woman that brought him in, eventually having sex with her before being unable to save her from her fate and, by extension, before finding himself unable to right the greater wrongs in the world.

The matter of repetition

Both movies involve a degree of repetition to work out the themes of underlying evils. In , the repeated bit is the name of the movie. Jake keeps referring back to Chinatown as something of a chrysalis for who he is, and as a place where corruption is born [and not the corruption of the people in Chinatown, but the more institutional corruption of the policemen and administrators who often heavy-hand dealings with it]. In , it is the Silver Shamrock commercial played way too much to demonstrate the ubiquity, and commercialistic nature, of the evil about to descend.

has pretty much nothing to do with the events of the movie besides as a cool way to refer to Halloween as a time of the year. Likewise, is more about the catalyst for who Jake Gittes has become, and only shows up in the movie for about five minutes near the end. Making the whole thing sort of a proto-.

What else is similar?

Both are throwbacks to harder-boiled dialogue. Both involve a middle-aged woman killed to demonstrate the depths of evil being faced in more bodily form. Both have something bad happening to a young person, though the innocence of the young person is hard to pindown. Both have weird clues found out via forensic labs. Both are essentially about the way that men with money can have the power to bring about great change directed at their own profit, and both involve a cautionary tale about the dangers of men in uniforms. And both have at least one scene where the timing doesn't make sense: in , we have Dan buying booze well after curfew has been called while in , there is a question about how all the people in the final scene managed to get to the final scene at the same time.

Well, quality all around. is a generally minimalist neo-noir in which nearly every word is a Chekhov's Gun. Even though it runs two-hours, and could have been compressed down to probably half that length if needed, it rarely feels as though it is being padded and extravagant, mostly that it just uses the time to set up a slow burn effect, a gradual culmination of events that were probably set in motion before the protagonist showed up on screen. is all around overblown, with excess scenes—see the curfew scene that it then goes on to violate, and that's a relative minor waste of time compared to some of the other scenes, a particular fight towards the end after a car crash going on well after it showed have ended—and dialogue terribly fun to quote and make a drinking game out of but generally useless.1

While makes you feel like a single death matters more than a huge land deal, makes you care about neither. In the end, the ending does not even try and pull a magic bullet effect, with the grind of inevitability exposed, while the preposterousness of "solution" leading audiences to a place where it is perfectly fine whether or not it works, because it never ever should work anyhow.

These are two movies that show major ideas from the 1970s, the concept of corporate greed being more evil than realized, the complicated aspects of male-female relationships in light of the sexual revolution and especially what this says about father-daughter and/or young-old age difference sort of things. The gruff man and the manipulative female versus the controlled man and the uncontrolled female. Both sexist and trying to explore the sexes at the same time.

was a lot more fun than I thought it would be—I had avoided it for years because of its reputation—but it is not a good movie. It could have been brilliant, tongue-in-cheek but legitimately scary. As is, it is worth a watch if you like that sort of thing and I will return to it, probably while drinking.

On the other hand, is a fine film with a lot to be admired but I don't know how much more I will watch it. I like it, but it is not the kind of movie I would want to, per se, make a habit of watching with a group and I don't see it being one that I would find much pleasure rewatching on my own. I think I'd rather just sit back and have fond memories of it [though I might end up eating my own words and make a regular habit of watching it, it could happen].

1: Though the dialogue does have one big Chekhov's Gun, just FYI.