We Are What We Eat (Short Zombie Film Shot by, and starring, Teen(s))

Summary: 'We Are What We Eat' is a 10-minute (give or take) zombie film set in high school with a bit of a brain-twist built in. Doesn't have too much time to develop in its short run, but does fairly well with what it has. Includes trailer. Directed by Sam Toller. Produced by Darien Davis [Audio Visual Head Space]. Starring Lucy Joyce, Chris Bearne, and Zak Ozturk.

We Are What We Eat (Short Zombie Film Shot by, and starring, Teen(s))

the gist. Nicole is a fairly typical high schooler from suburbia: hangs out with friends, feels a bit abandoned by her parents. Then her friend may or may not become a zombie and may or may not bite her [the question of reality is built in]. The next day, she finds the school infested by the living dead as she looks on from afar [Camus's anyone?], and then the horror comes after her, maybe. [For those thinking I've having a bit of fun, here is the blurb from the trailer [below, via Vimeo]: "Nicole, a high school girl finds herself in the midst of a zombie apocalypse... Or does she? Follow her as she attempts to discern between what reality and a nightmare created by her own mind. Her life and death are in her own hands..."]

one paragraph review. This film helps me to enjoy something that I one time loved about zombie films, though I think may have grown into the genre's weakness*: their accessibility of production. Relatively cheap zombie films, using the sort of make-up you can make in your [well-stocked] kitchen, can grow into full-blown numbers as long as you have passion, talent, patience, and a flair for making use of what tools life has given you. In that regards, Sam Toller, who was 16 at the time of making this in 2011, brings it home. Sure, the make-up fails in places, the short time forces some elements to be even more ethereral and abrupt than the plot already made them, and it ends up feeling a bit more high-quality demo-reel than complete project; but it works. It's short, relatively to the point, makes well-use of angles and built in emotional context, and even gets a minute-long evisceration into the mix. At the core of the film is the brainscrew elements of whether Nicole is infected, witnessing her own mental breakdown, or merely escaping from reality by seeing the kid-eat-kid nature of things more directly**, and I hope that maybe one day Toller revisits this and expands and devlops it to at least double or triple the length of this film (so it has time for some more back and forth). For a film that was a labor of love***, it is a Good film. In the context of comparing it to longer, fuller works, it might not score higher than Fair, but hopefully this is just a start.

plus some paragraphs. I've said about all I planned to say (hence the double-thick 1-para-review above), but just wanted to add a brief apology in that I received the email mentioning the film (and giving a link) back in early May and have kept it in the "things I need to do" list for a bit. I finally, like a jerk, got around to it...over two months late. Apologies for that, but I am glad for the chance to get to see it. I'll include a couple of [hopefully non-too-spoilery] screens as some further enticement for you to look it up**** [and yes, I apparently screenshot failed and got the tooltips caught in the grab...oops]: 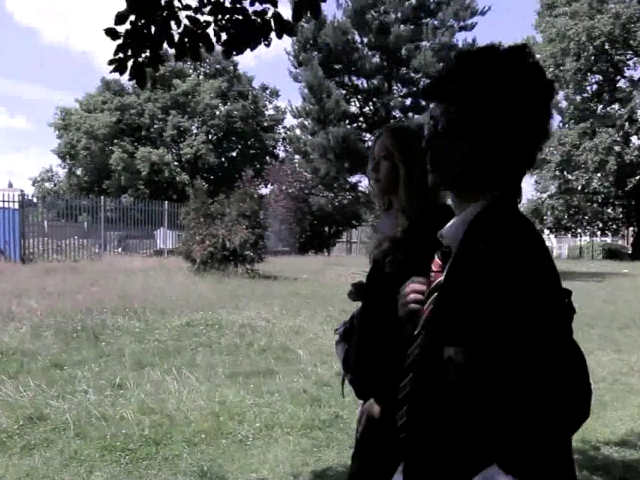 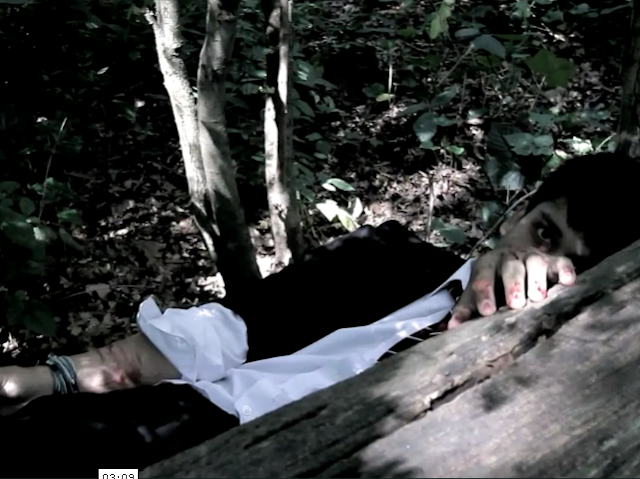 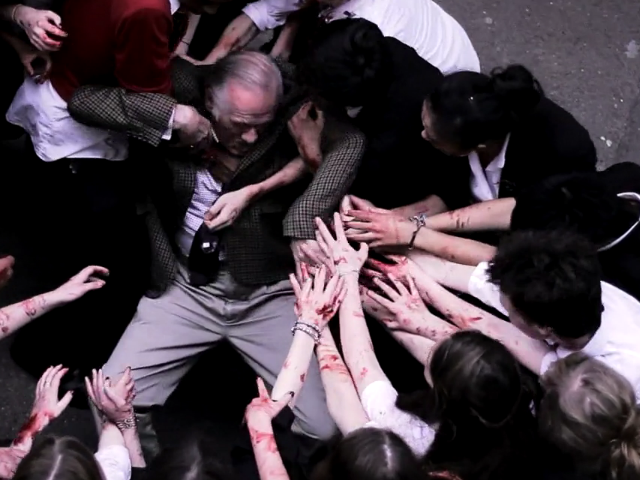 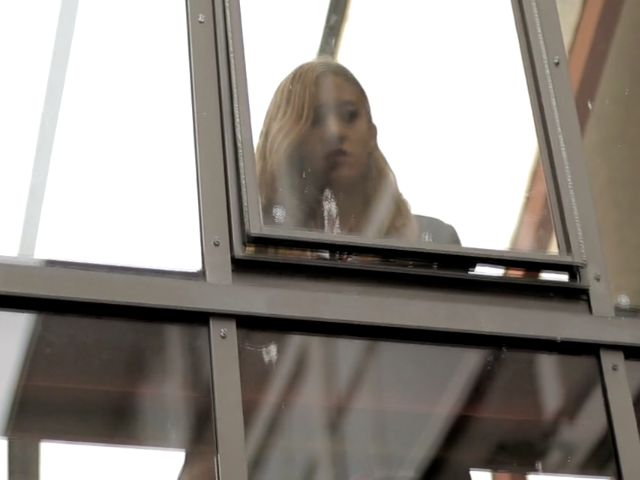 * Not a complaint directed at this one, it just got a bit overwhelming back circa 2008 when everyone was jumping in on the bandwagon, and most didn't seem to even like the genre.

** I was about to make the claim that this has been used in a few other places, but then off the top of my head I found myself unable to remember any specific cases. I suppose stories like Kelly Link's "Some Zombie Contigency Plans" play on similar themes, zombies-as-allegory, though it is not quite what I was trying to remember.

**** Was taking the second screenshot below as a coworker walked by. Who knows what she thinks I'm getting up to at the desk..."Doug's looking at photos of distressed high school girls in night clothes, again..."