The Stink, Part II. Or, cup the breast and touch your left armpit. A guide.

The Stink, Part II. Or, cup the breast and touch your left armpit. A guide.

I have been studying my problem, which is to say that I have been Googling such phrases as "Arm pit weird odor huh?" and "Holy pit stink, Batman, what is up?" Ok, I lie. I just went and searched for that last phrase. This was Google's top hit. Do you feel lucky?

Compiling a half hour of furious half surfing, these are things that are pertinent:

Bonus fun, though, I have found a strange number of websites that use strikingly similar poses to discuss weird body odors. Had I not found this ditty first, in which it looks like they are hoping someone searches for "stinky pits" with Google Safe Search on Moderate or Off, I might not have noticed the others. As it is, here are eight images from websites talking about weird body odor images. Most involve a woman in a tanktop or topless. Most involve the woman with her orm or hand over, or actually cupping/pressing, her left breast. In most she is touching, or looking towards her left pit. In most her eyes are closed or downturned to such a degree as to appear so. Fascinating. 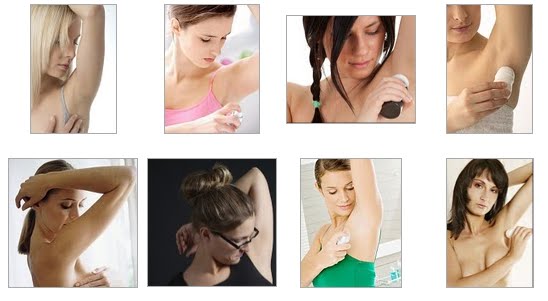 Of course, the most common picture is the one with the older women in lab coats who have their noses stuck in young men's armpits. I'm now wondering...what sort of love life to do those women have?