The scene of the Doctor holding his ground against the War Machines as the soldiers, Ben, and everyone else flees is surely one of the greats of the early series...

Summary: Two stills from the end of episode 3 of The War Machines as the Doctor holds his ground against #3 while everyone else, Sir Charles and Ben and the pre-Unit soldiers, flee.

The scene of the Doctor holding his ground against the War Machines as the soldiers, Ben, and everyone else flees is surely one of the greats of the early series...

At the end of the third episode of the third season serial , a slightly bungled attempt at the military - pre-UNIT but the seeds are in the soil, so to speak - the War Machines are sent out early to dispatch the Brits trying to stop them. Nearly indestructable, by 1960s standards, the Machines are dangerous [the exact weaponry is hard to determine, but they have...um...crusher arms and...steam guns?] and in the midst of a rout all the soldiers, Ben, and Sir Charles Summer flee while only the Doctor stays to stare down the machine. The Doctor as a "force-of-Will" was moreso talked about in later eps, and in a better way, but William Hartnell's cranky-old-man Doctor had the seeds of it. With that, I give you the perfectly still Doctor in the midst of chaos: 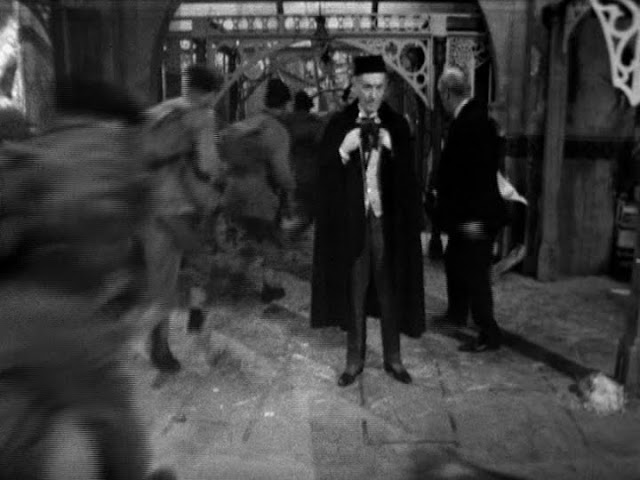 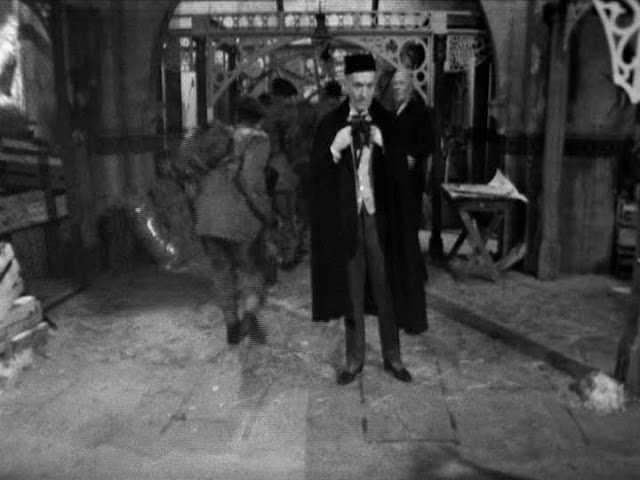 OTHER BLOTS THIS MONTH: February 2012