The Ulimate (maybe too powerful) Comment Killer! Bonus: Most Bad-Ass Young Girl With a Violin You Are Likely to See Today...

Summary: I have been looking for a way to get rid of comments as whole on the Internet (well, get rid of me having to see them). I found a solution that might just be too poweful. Also, check out this photo of a bad-ass girl on a violin.

The Ulimate (maybe too powerful) Comment Killer! Bonus: Most Bad-Ass Young Girl With a Violin You Are Likely to See Today...

If you don't care about CSS or getting rid of comments while you casually browse, only look at this first picture and then feel free to bail. It comes from this version of Vivaldi's Four Seasons. Found when I did a "get album artwork" on a completely different version of that album, but kept because why not. Yes, some of you might notice, she is Asian, because nothing says "violin playing child" like "Asian female". But also note that her facial expression indicates that she is pretty sure she can kick your ass. 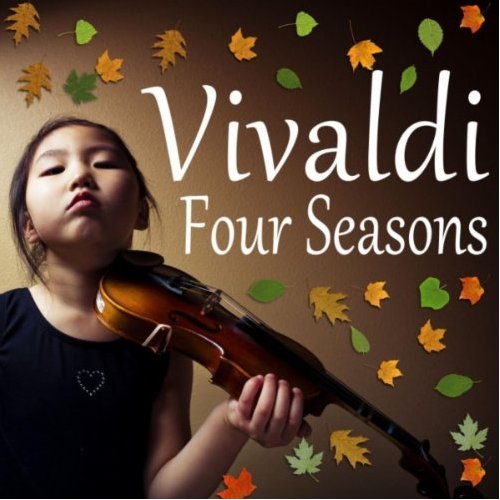 I have mentioned, before, my dislike of internet comments. I sometimes feel guilty that I hate them so much, but hate them I do. A bunch of people whose only qualification to talk on a subject is that they know enough, or know people who know enough, to get them briefly online and to hit a device in a controlled enough manner to both type out a "message" [not always stooping to such lowest common denominators as "words" or "syntax" or "meaning" or "cohesion"] and then to hit some sort of "submit" key. Commenting doesn't require reading an article or previous comments. It doesn't require understanding ideas like "jokes" or "references".

How do we make sure we never see comments again? Well, one way to do this is to get up, disconnect yourself from the Internet, and then never log back on. Let's say that is hasty and a bit, but just a bit, overblown.

Another way, and the way I'm about to use, is taking Stylish [an extension I know works for Chrome and Firefox, see: http://www.userstyles.org] and then applying a CSS override [it is what Stylish does] so that we can manipulate and alter the display of a page.

CSS [don't quite have time to go into CSS, but there are some good basic pages on it just a search away] has a built in methods for selecting entire classes of things, so that a paragraph (i.e. p) of class "indented" can be referred to as "p.indented" but you can also use just ".indented" to specify everything marked as of the "indented" class (including divs and uls and such) or you can say just "p" to mark everything in a paragraph tag (including p.monkey and p.bold).

CSS also allows you to use some wildcards. For instance, if you make a Stylish override that just says (sans quotes) "* {color: black !important; background-color: white;}" it will turn every page into just black and white text. Which might be useful if you have an issue with various colors and such.1, 2

One particular set of wildcards is setting up attribute matching. Without going into too much detail, one can set up so that a div of any class containing the string "spoiler" to be set to the background color, or hidden, or some similar. it takes on the form "div[class*="spoiler"]". In this way, div.spoilers and div.spoiler are both affected by the rule, since "spoilers" also contains the string "spoiler".

You probably see where this is going, but a pair of matches along the lines of div[id*="comment"] and div[class*="comment"] will impact any div that has either an id or a class attribute containing the string "comment" (e.g. comment, comments, commentary, userComment, reader-commetns, fb-comments, etc). And you don't have to stop at "div", you can wildcard that into "*" and make a pair along the lines of *[class*="comment"] and *[id*="comment"] to get rid of every span, image, link and and so forth that has the string "comment" in it by setting it to "display:none;". This makes a tool that might be a bit too powerful, in that it is non-discriminating, but if you make a Stylish style, and enter it exactly as below with URL or regexp matching, it will apply to everything:

Some notes. You might be better off to specify "div" and "span" instead of just the wildcard (I use "div" in my own style override). I included "facebook" and "thread" but you can probably leave those out and still get most comments (and if you use Facebook a lot, you might want to leave it out just in case). There are going to some that it doesn't catch (if a page calls them "feedback", for instance) that might be good to add in on a little bit more case-by-case basis. Finally, this is looking for the word "comment", for instance, so it can include other words like "commentary" or "editor-comment" that aren't actually comments. Use carefully and maybe opt for a few not-quite-so-Ultimate solutions if you find it causing collateral damage.

1: Perhaps a more entertaining version would be:
* {color: green !important; background-color: black !important; font-family: courier !important;}
which would roughly turn every page into an approximation of an old terminal shell.

2: Though overarching "*" might be a bit much, there are ways to make them useful. If you wanted a style that show all the links on a page at a glance, setting the "*" to {visibility: hidden !important;} and then "a" back to {visibility: visible !important;} you get a page that is almost entirely blank except for the links. This can have some strange side-effects, but might be fun for the sort who just want to see which links a log is using and such.

Better Ways to Surf the WWW