Is Albert Campion really The Doctor in a prolonged disguise?

Summary: Albert Campion helps people with their problems (especially when their problems are murder), much like the Doctor. But the similarities do not stop there. Did the Fifth Doctor take some years off to become a parlor-murder sleuth? While the answer is obviously No, it still makes me chuckle to see the ways that he could possibly have.

Is Albert Campion really The Doctor in a prolonged disguise?

If you have never heard of Albert Campion, then click that link to read about him on Wikipedia. He is a fictional detective, youngish and a bit odd. Solves those parlor murders that are so popular in a particular strain of British mysteries, all while seeming to bundle about AND acting suave at the same time. If you have Amazon Prime, you can watch , there, though annoyingly you can only buy part of the first season and, right now, and none of the second season, unless you opt for the $50 per season DVD price. But, with Amazon, you can watch the whole thing so that's alright, right?

Obviously...look at the TV show, you see the first thing that inspired this blog post... 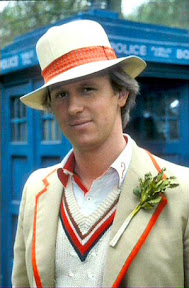 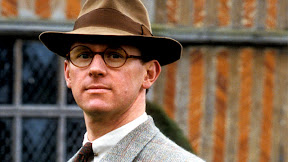 And much like when I watch, say, [Paul McGann was the Eight incarnation of the Doctor], there is a part of me that fascinates in strange Wholigan what-ifs, at least for a moment. Then I feel kind of bad for it, because I am not intending to say, "You are worth nothing more than your time on ," it is just I am that type of nerd that delights in overstretching categorical exercise.

After watching Peter Davison do an excellent job as the title character, Albert Campion, in , the TV series based off of Margaret Allingham's series of books, I briefly extended my overstretched categorical apparatus and played the game. Except, this time it got more than a few nibbles.

Now, Campion has bits of Lord Wimsey and very mild bits of Sherlock Holmes, and his name is a flower in a possible reference to the Scarlet Pimpernel, and who knows what other little shout outs Allingham made that I've overlooked...and some of these popular sleuth/heroes are also going to be in the lifeblood of the Doctor, and of course he was originally written decades before even hit (though the TV series came after Davison's version of the Doctor in the Eighties), but I still couldn't help but notice that he shares many characteristics with the Doctor. I'll give you the eight big ones. So, while obviously in no way Campion is the Doctor, I guarantee you that you could splice together a few episodes and give people a bit of confusion as to why the Doctor is out of his cricket outfit and where did Tegan go and why is Turlough older and gruffer and bald. On to the similarities...

I think I'm off to watch another episode and then listen to Big Finish's new Fifth Doctor story: . And when I get done with , can (I'll give you two guesses why) be that far behind?