Feeling better, but still "off". Thinking of old-school nerves...

Yesterday's strange illness has mostly faded, but I'm still having an overall wobbly-body syndrome, a fairly sharp headache, and my sinuses are worse rather than better. I'm thinking, now, that it might be a virus and the symptoms are somehow asynchronous? If such a thing is possible, that could give me the somatic effects before the sinus ones, right? Or, maybe it's a curse? I don't know. I went outside for a bit earlier, but didn't do much. Thinking of going back out around 3 and walking for a bit, but I'm getting tired enough, now, that I might just sleep instead.

If this was the nineteenth century, no doubt someone would have deemed me having "the nerves" (or "the vapors", "fainting spells", and/or any other phrase they choose to designate a time of prolonged exhaustion). Some doctor would have me in bed for a week, sipping melted butter and having a pint of blood drained every day. I suppose a lot of those strange wasting-spells talked about were caused by vitamin deficiencies and common colds. Either that, or the human race used to have some random shut-down function that has disappeared in the past 150 years. You cannot claim to be taken with a fainting spell nowadays, though (by the literature) those things used to be fairly constant. With women and poets at any rate. Corsets might be to blame for the former. A tendency to be dramatic, the latter. Women also used to get "hysteria", which was cured by a doctor jilling them off until they had a paroxysm*. That's right, men, doctors used to give your wives and daughters handjobs and then charge you for it.** I wonder if that would be covered under Obamacare? 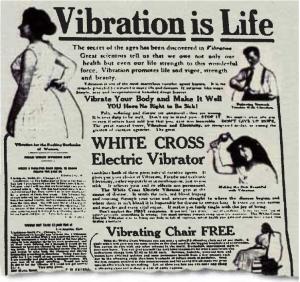 Alright, an hour of reading and tea drinking, and maybe I'll feel like doing something else other than sleep and making bad Victorian England jokes.

* "I'll take words actually used to talk about the sexy but sound like boring literary critique terms for $500, Alex."

** A Rodney Dangerfield- or Al Bundy-like joke seems appropriate here: "At $30 a go, it's a bargain!"

I slept through my alarm this morning, for nearly an hour. Then, after getting up, I wasn't able to muster the energy to do much, but I just attributed that to the post-wake-up feeling. Eventually, though, about 1pm, I realized I was getting more and more exhausted, if anything, and ended up going back to bed. Slept for two more hours. Got up, made some eggs to try and get a "quick fix" food in me. Sarah came home about an hour later with a couple of burritos from Bandito Burrito. Then, about 5:30pm, I e-mailed my professor and said I wouldn't be able to make it to class. I went to sleep and didn't wake up until about 8:30pm. At that time, I had only been awake, the very exhausted the whole time I was so, for less than half the time since I had "gotten" up. I've now been up for about five or six hours, though I've spent part of that in a doze, and am about to go back to bed. I have no other words but to say its the day of exhaustion. I do have some sinus troubles: sore throat, stuffy nose, headaches. I just more so have a sense of weakness, difficulty focusing my eyes, and a major desire to just go back to sleep. Maybe another round of sleep will fix it.

I have done a bit of random throughout, but have spent some more time playing . Not an obsessive amount (obsessive = h > 4). Just an hour of two of mostly mining out a nearby mountain. Trying to get the ore and such I need to build a rail system to an island I plan on my buidling my next fort. I have the game set on "peaceful", which means there are no monsters about (at least none that will attack me and do damage) and I heal damage over time. I set it to that, thinking I would get tired of it in a hurry, but frankly I am going to leave it there until I get that second fort made. The game is three in one: survival horror (at night, and deep in the caves), infinite explorer, and structure building. The monsters are the entire point of the first, and give an edge to the second, but can seriously annoy the third. Having to pause for twenty minutes because it is night time and monsters are swarming beneath the tower you are building just to plant crops can be frustrating. There are probably tricks to cordone monsters out—involving turning mountain ranges and dam-sized walls into massive, conceptual forts—but frankly I'm ok with just turning them off because I don't have time to worry about pickaxing a wall and having a horde of baddies wipe out an hour of hard work because one of them, a creeper, has the ability to explode and take you and all the other creepers out*. Night time still falls, and I have to work by torchlight, but the game is suddenly a different delight. I may leave this world zombie free, and then make another on hard-difficulty that is racked with them, just to have two different play styles at hand.

I would be lying, though, if I didn't point out that part of my issue has to do with my long-time fear/fascination/love of labyrinths. I'm sure Freudian interpretations about why I like to think of dark, twisty passages would lead to giggles; but in an Jungian sense, you might say it ties into the hidden, unsolvable interior of things. I have dreams about them. I doodle them. I've thought about getting a labryinth tattoo to go with the spiral. Et cetera. They are places, in my [day]dreams where the beast lives, and everything that seems outside is inside and just maybe that one room, interior to the house, is the only outside place in the universe. Now, with those ideas in mind, imagine me playing a game where I have a series of tunnels dug that are long enough that it might take me 20-30 minutes to walk through all of them, and this is an "infinite" game where the longer I walk the more world there is, and you have something akin to a person afraid of water taking a deep bath. I am brushing up against one of my most central thoughts—both phobia and philia at the same time—and then you toss in a freaking zombie, hiding in the dark, woken up by the light as I come walking around a corner of a cave I thought was empty of monsters? Or even worse, you read creepypasta about how the creator's dead brother is trapped inside the infinite world of the game, and sometimes watches you from the distance with glowing eyes?** No, sir. Not right now. Not this semester.

By the way, that infinite thing? Not as amazing as it seems if you walk in a line for a bit, get distracted and head over to the left, and then expect to find your way home again. Ever. You will wander across hours of landscape that looks just like the last, find coastlines that you are sure makes no sense, and then finally, mercifully, you will hear a creeper go sssssss before blowing up and sending you back to your spawn point. Sans every sweet little thing you have found on the trek.

Busy as hell weekend coming up. I actually have no idea how I can do everything I need to do during it. Good luck to me, I guess.

* Can't forget the sounds. As monsters fill up the hidden, unfound tunnels you are digging nearby, you start hearing them scratch on walls and moan. The game doesn't do a good job of sound-direction and sound-distance, so all you can hear is them trying to swallow your soul, from three or four blocks away.

** If you google "Minecraft herobrine" you should find something. Basically, a couple of players (not sure of the exact number) claimed to be playing single player games and seeing what appeared to be another player in the distance, kind of hiding in the fog. He looked like any other player's character except a) there should be no other players in single-player mode and b) he had glowing white eyes. A screenshot or two surfaced, with "him" looking through a window of a player's fort, or standing in the doorway of a cave they had dug out. Also stories about finding structures built out in the world. You are running along and then, bam, there's a weird, little half-built hut but it has been abandoned. Mentioning this on the forums ended up with the post being deleted. Anyhow, skipping to the end, the name spotted for this character was "Herobrine", which was fictiously the avatar-name of the game creator's recently deceased brother. Who, of course sillily unless you are talking about a Japanese anti-Tech horror movie, was now trapped inside the game world (the actual effect was created by hacking the iron door texture, hence the reason all the pics had him standing still, up against walls and such). Of course, the random nature of the game world means you will find little structures here or there, hillsides that have been emptied out, shapes dug into the dirt. This no doubt kept the silly premise going. There has been some rumor of Notch adding in a "herobrine" event where some worlds will actually have an A.I. that watches you and digs his own tunnels and builds his own structures, from afar... Both awesome and terrifying. I, for one, am going to hit it with a sword. A lot.