Summary: Spotted some interesting graffiti at UAH last week and posted a single photo from it. Here are some more photos showing it in context.

Snapped this first photo on my camera phone while walking across campus last week and posted it over on Twitter and G+ [click any image to see it larger at Picasaweb]: 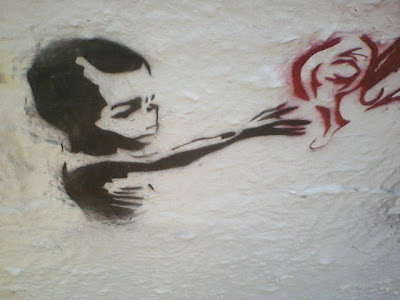 I don't know who the artist is. And, well, if you need it, some clarification. There was once a largish, stone "UAH" sign along Holmes Ave as you came into UAH from the East. Around the time the school got its name semi-officially changed [long story] to UAHuntsville, that now semi-wrong sign got moved to the common lawn between the University Center and the Library, where it is intended to be decorated by students. Despite some whining about how totally unfair it is that there is something free for students to paint1, it actually tends to stay postive, clean, and fairly interesting.

After tweeting/plussing that post, my friend Thresa pointed out that you could barely tell it was a heart (my wording was "starved child reaches for heart"), and so I took a small series of additional photographs to show her. Uploaded them to my computer, and now fastforward until exactly one week later when I remember to post them.

Without further ado, I'll give you the photos. If you happen to know the artist(s) responsible, I'd be interesting in finding out some of the background. Still, enjoy [if that's the right word]. I found it kind of fascinating. 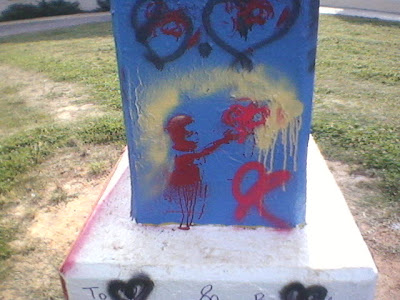 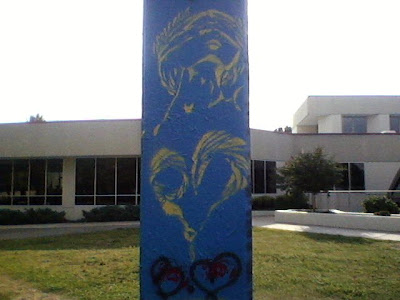 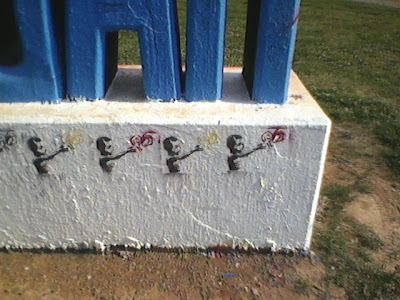 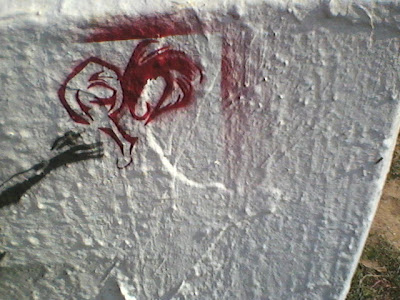 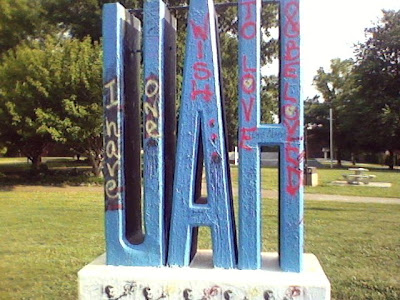 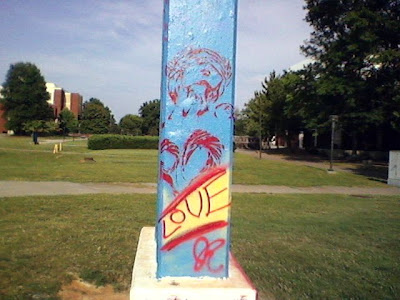 1: The last time I blogged about the stone, I linked to a Facebook thread. In said thread, at least one person (I haven't checked to see if the reply has been deleted in the interim) threatening to come and paint something really inappropriate, presumably to punish UAH for not forcing stringent rules governing the sign.